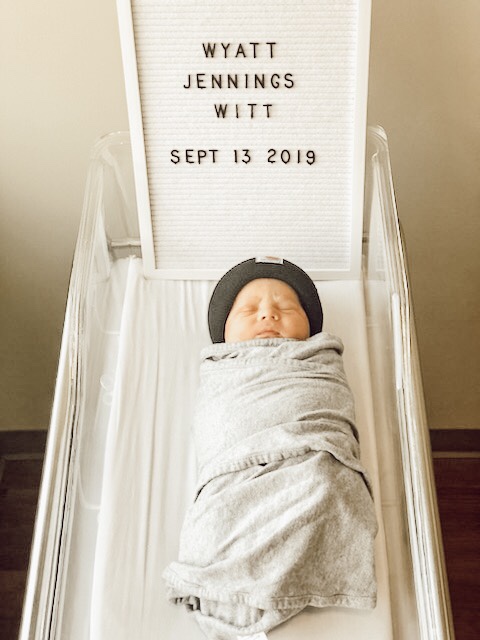 Have you ever heard the myth that Mexican food can induce labor? Well, I’m convinced there’s some truth to that statement. On the night of my due date, September 12th, Andrew went and got Mexican food from one of our favorite restaurants. I started feeling contractions only a couple of bites into it. I ate my dinner and then proceeded to walk around the house in circles for an hour. My contractions were about five minutes apart but really didn’t hurt that bad, so I didn’t think I was in active labor. 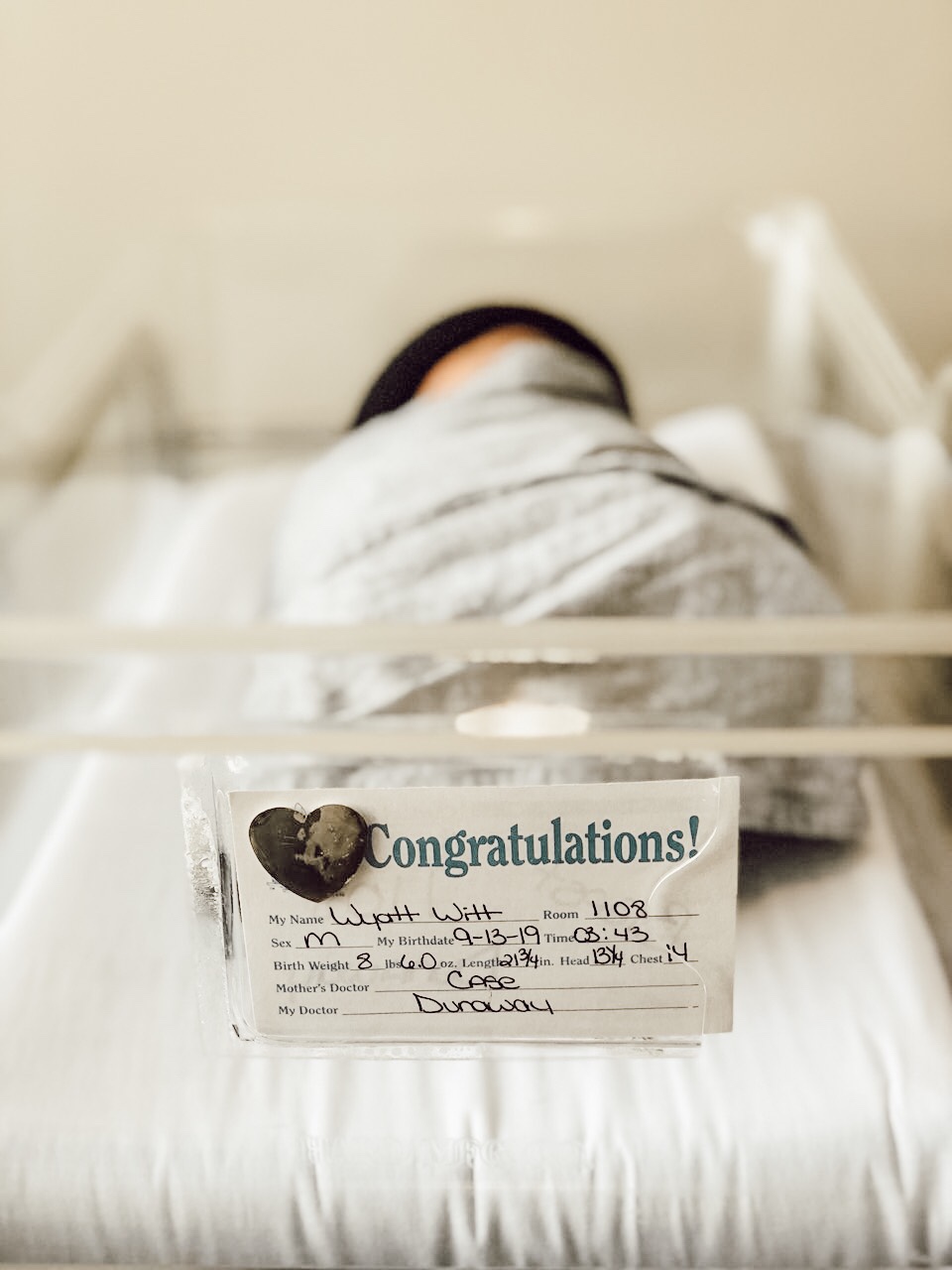 At 8pm, I called labor and delivery and explained that now my contractions were a consistent three minutes apart but still didn’t hurt as bad as I remembered with Oakley. They told me to take some Advil, drink a huge glass of water, and lay down for an hour. After an hour, nothing changed so I called my friend to have her come sit with Oakley until my mom could get here. 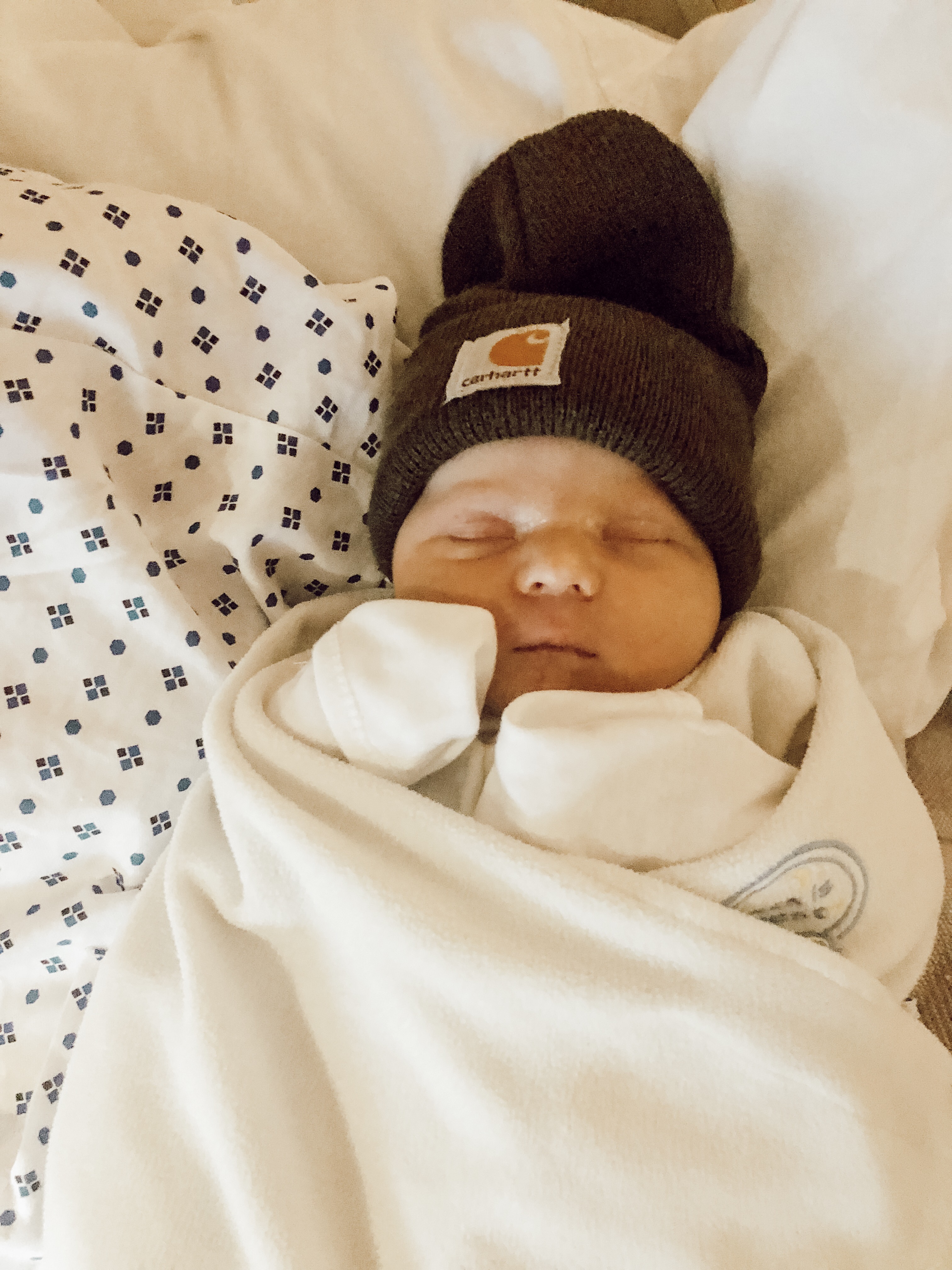 When we got up to Labor and Delivery, I was dilated to a 3 with consistent contractions. Every time the nurse checked me it seemed like things were moving right along, including the pain 🤣. At 12am, I got an epidural and it was smooth sailing from there. Andrew, the doctor, the nurses, and myself joked, laughed, and made small talk until he was born. 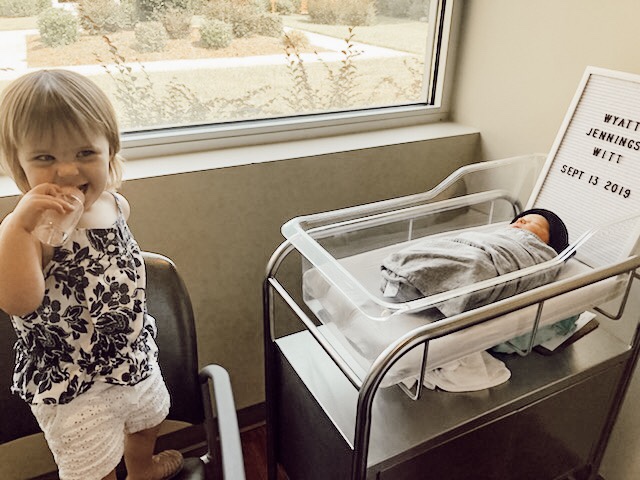 Wyatt Jennings Witt made his debut on Friday, September 13th at 3:43am weighing 8 pounds and 6 ounces. There was also a harvest moon that day and despite everyone’s predictions about a bunch of babies being born due to the full moon and Friday the 13th, he was the only one born at our hospital on September 13th. It was just Andrew, the doctor, and two nurses in the room when he was born and it was perfect. It was so laid back and peaceful. After he was born Andrew and I got a couple of hours just the three of us until my mom brought Oakley to the hospital. Oakley was so distracted with being in a new place with a new toy (my mom bought her a baby doll) that she didn’t pay much attention to him at first. It didn’t take long until she fell head over heels for her baby brother. The love still continues today, maybe a little too much for Wyatt’s liking sometimes 🤣. 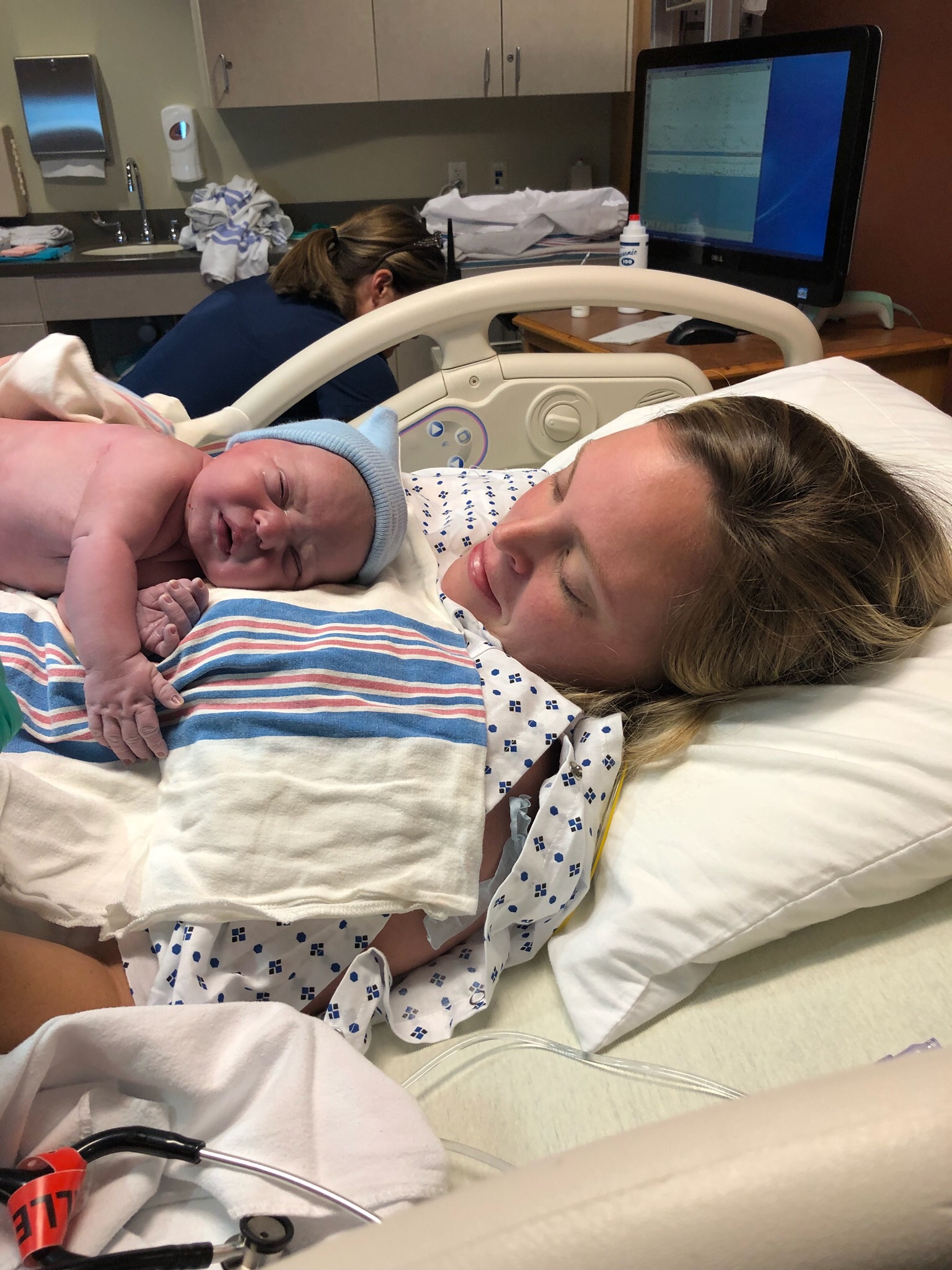 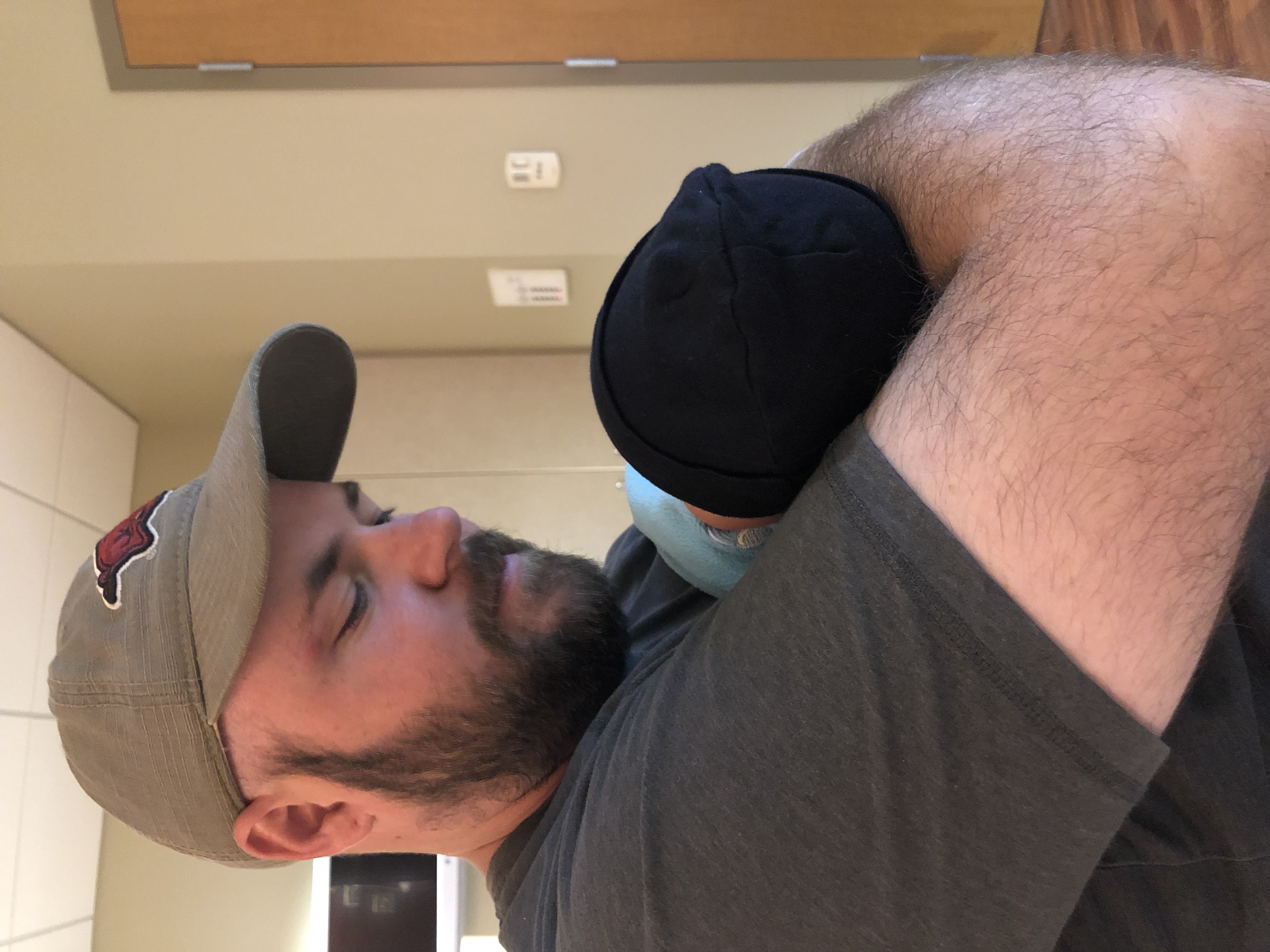 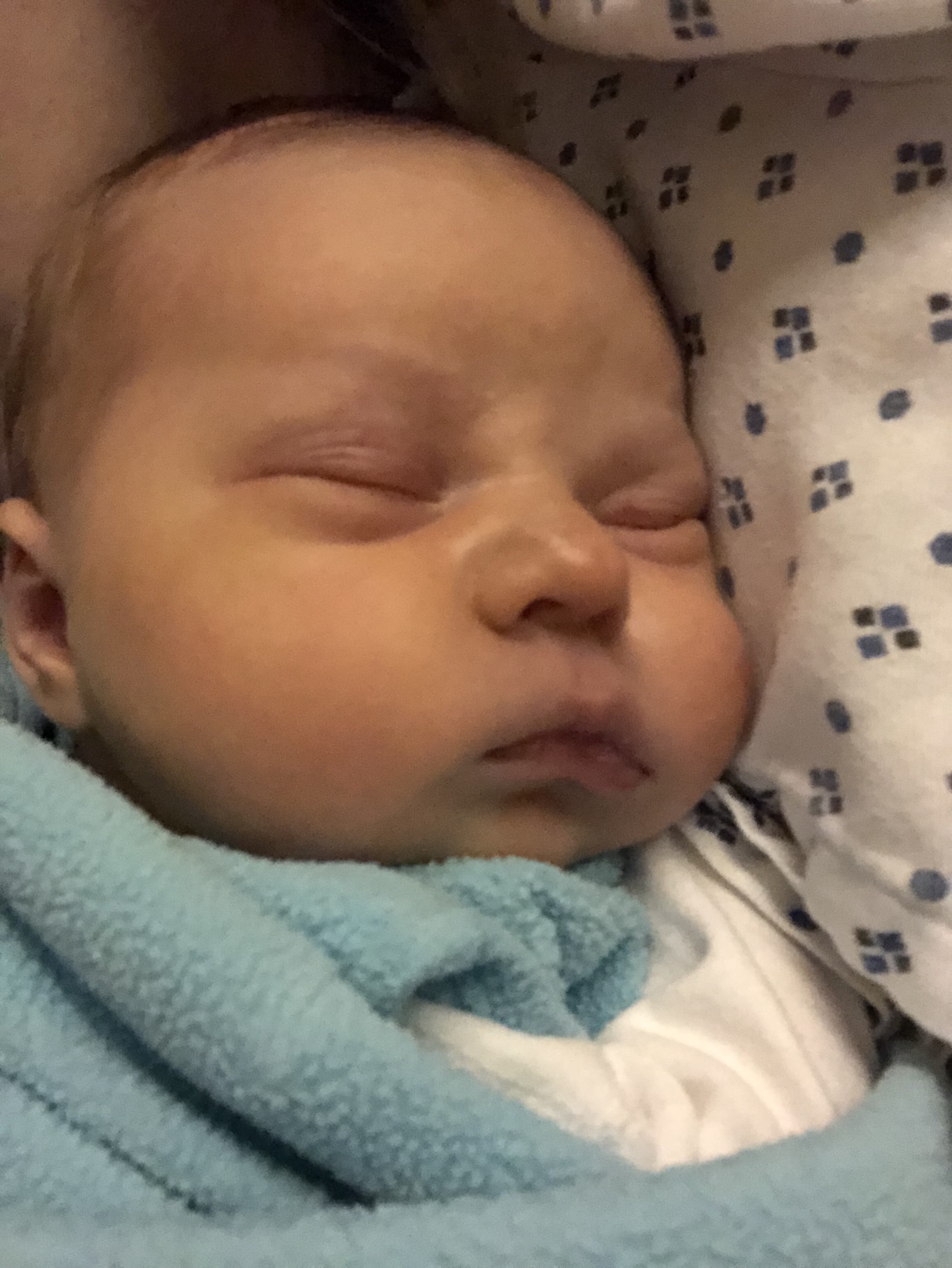 We’re now a family of four and Wyatt is the perfect addition! 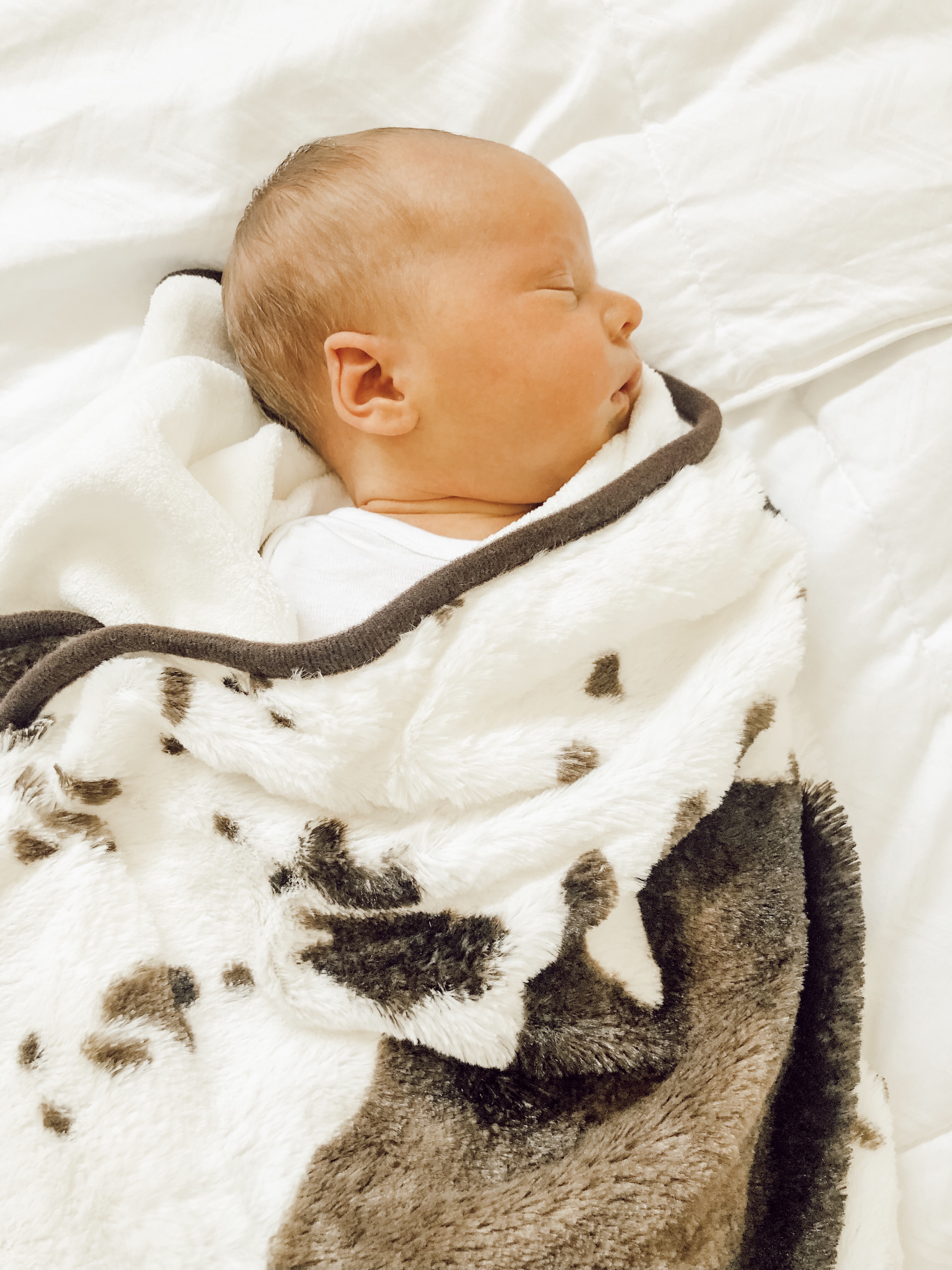 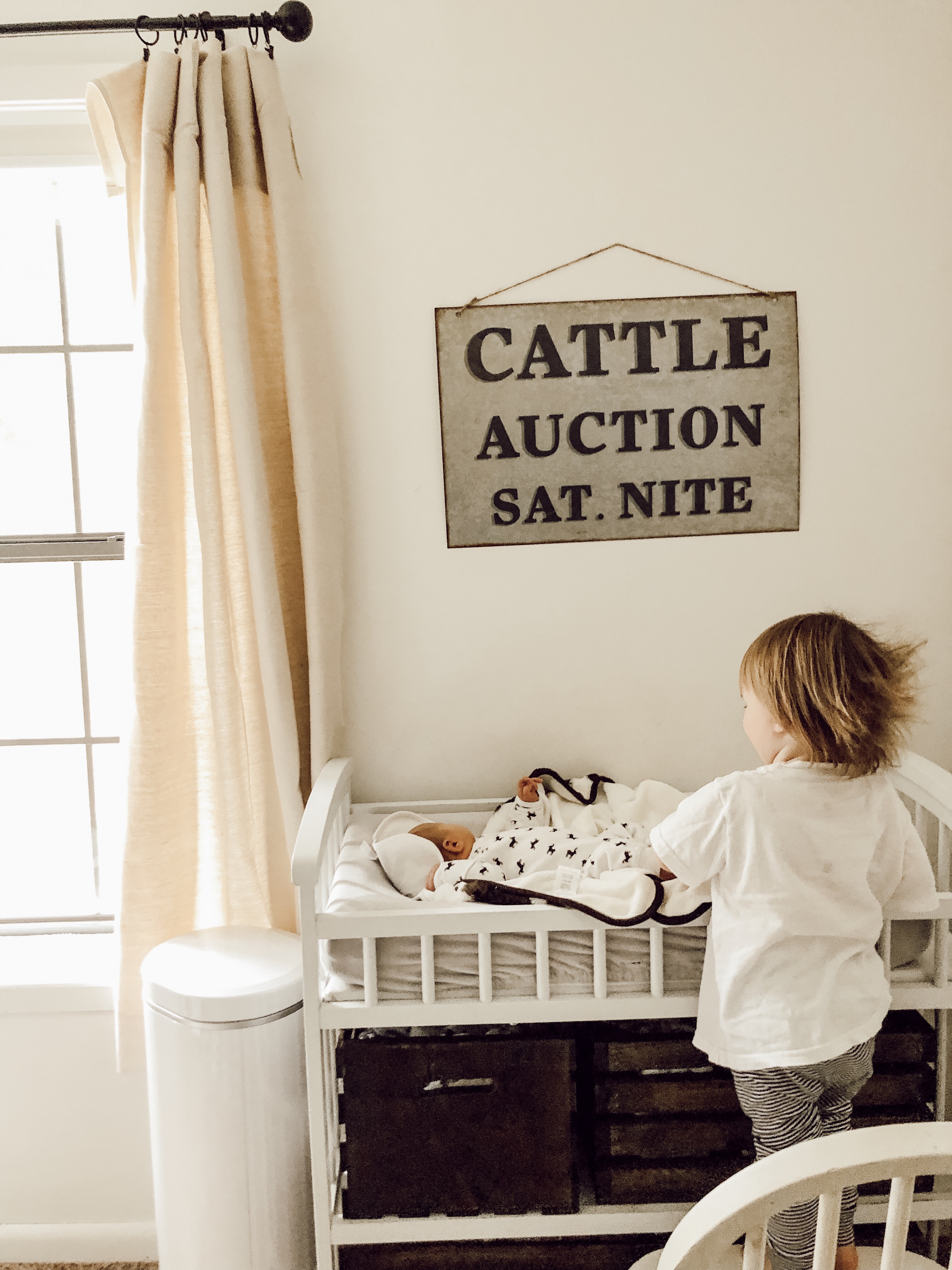 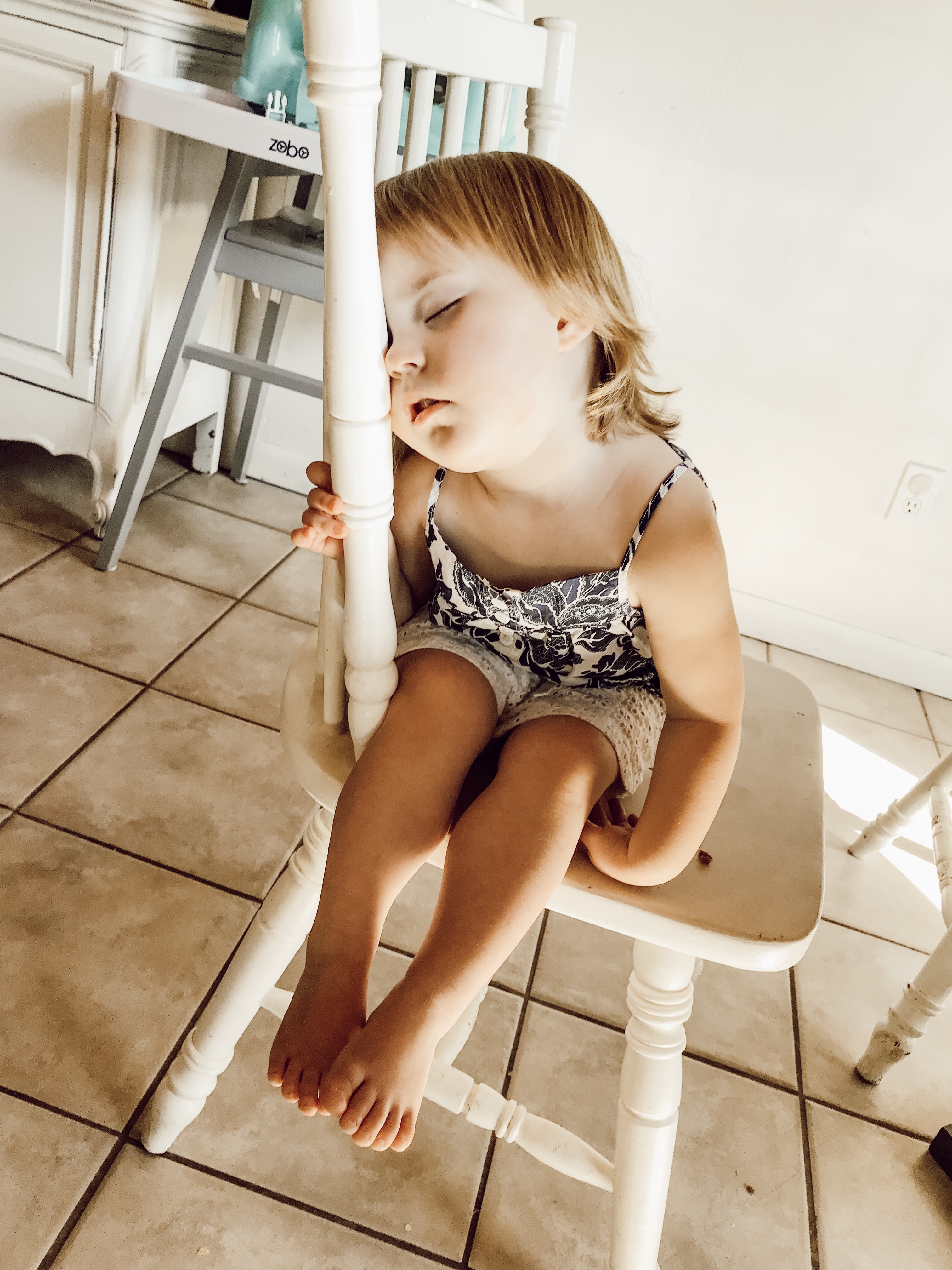